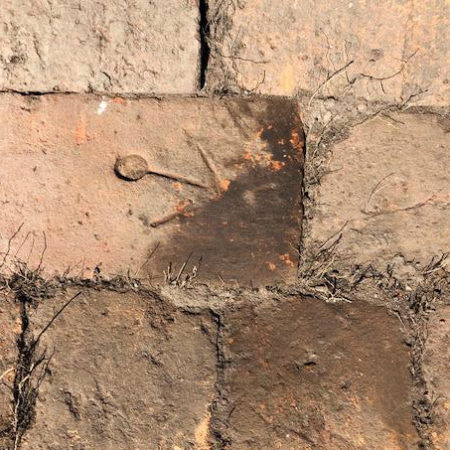 Check out this brick! Yeah, it’s a brick but what’s with the arrow?
Get ready for some interesting historical facts...

So, it's like this: convicts made bricks and often marked or stamped them with a broad arrow. This practice was common from the early 1820s to around 1838 to designate bricks (and other items incidentally) as government property and to prevent theft or on-selling. Party poopers!

The brick in the picture is from a convict station built around 1835.

Between November 2018 and March 2019 we excavated this convict site. This brick was recorded in a spoon drain relating to the stable for the Commandant’s cottage. Many more marked bricks were uncovered, some with an ED and broad arrow (relating to the Engineer's Department), some with a hand-scratched broad arrow and others with combinations of all three marks. Cool hey!